Born in Taipei in 1985, Una Ursprung (née Hsu Chang-Yu) graduated from the Taipei National University of the Arts in 2007 and Ecole Européenne Supérieure d’Art de Bretagne site Quimper in France in 2011 (from which she has received Diplôme National Supérieur d’Expression Plastique, the highest honor awarded by the National Arts Councils and Culture Agencies). She has been studying in the master’s program with a major in photographic art at Université Paris VIII. Now living and working in Switzerland.

The French poet Arthur Rimbaud (1854-1891) once said, “La vie est d’ailleurs,” which means “a life elsewhere.” Indeed, Ursprung’s heart travels around different places in Taipei, Paris, and Quimper. No matter where she lives, she always has a surrealistic feeling that her life is an illusion or a dream. In the summer of 2009, Ursprung waved farewell to her home country, Taiwan, and traveled to the other side of the world – France. She stayed in Finistere, the French word for “the end of the world.” Later, she went to Quimper in Britany. On her way, she looked out from the train window: “I see a forest, the grassland, and a horse, and I feel peaceful.” Forest is how she imagines the end of the world while painting is how she communicates with the world. The painting honestly reflects everything about her – as a flâneur and a loner in the end of the world.

When painting, she lets the paints to be controlled by her intuition and subconsciousness. At first, the paint automatically flows, drips, clashes, and mixes with each other. Like our memory, everything in the image is composed not of blocks, but the rearranged flowing images. If we examine her paintings piece by piece, we will realize that the things integrated into the images are no longer the original scenes which she sees, but the imagination of the reality. Her works never stop at her personal experiences. She tries to further transform the experiences into the universal perceptions and emotions. It is like how sometimes we try to remember something after a trip or while dreaming.

Ursprung’s artistic practice is to search for the memory, which cannot be revived again. Because of the sudden moment of a mysterious scene where we can no longer return, the scene in the memory thus becomes a symbol, a place full of signs – no matter they are forest, grassland, animals, or objects. “If it were a dream, I would choose not to wake up, I would keep wondering in that mysterious forest or on that surrealistic grassland. If I am lost, please take me back to that world,” says she. 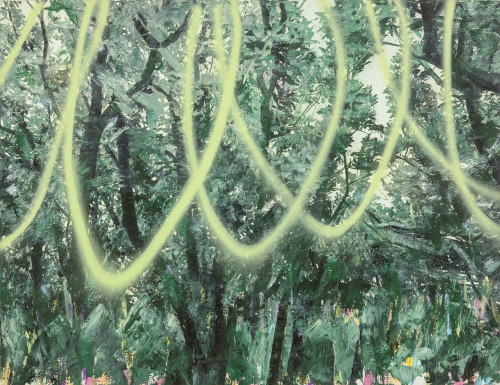 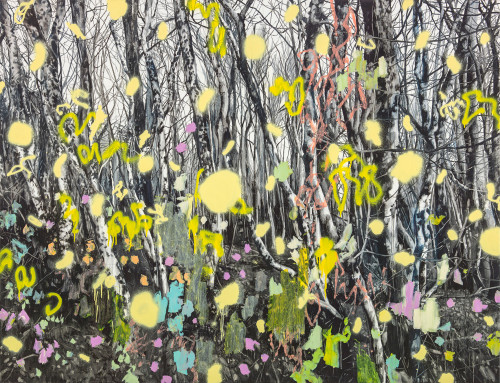 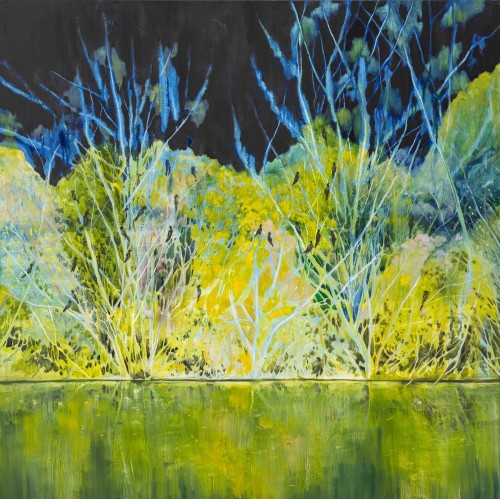